Virginia Scudeletti will focus on her solo practice, which combines elements from various performative medias – from real-time composition to storytelling and abstract movement. She is interested in diving into the “not knowing”: negating the necessity of defining and describing, but exploring the presence of oneself in the current space, in the current story, and in the current world. 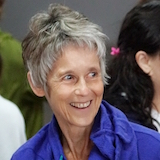 Meret Schlegel will explore and focus as a dancer and performer on similarities and differences in the materiality of skin and paper. Both increasingly fragile, permeable, and vulnerable, they invite and stimulate touch. Schlegel will research how dance and movement can leave traces on paper. How can a dancing body in its three dimensions be transferred and “fixed” onto paper? Can the two dimensions of paper still represent time and the volatility of dance? 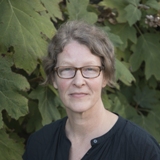 Welliver will develop a new work whose structures explore how performers do two things at once: starting and ending at the same time, being present and absent, being alone together (or maybe together alone), or the simple act of just doing two things at once – as a way to absorb and confront our current dilemma(s). The conflicts between doing and being twice at once open a path to investigate the many ways that intersection can find new possibilities in the well-worn legacies of abstraction. 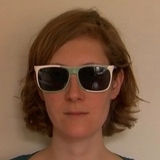 Pauline Horovitz will work on the writing of her first feature-length film script, The Quick and the Dead, a «documentary fiction» about Poland in the 1930s. The film weaves together stories from the past and the present, between different temporalities, and involves both fictional characters and contemporary individuals. Demonstrating the power of literature and cinema in action, the film strives to keep alive what and whom we fear we have lost.

Salomé Lamas will work on three projects: Ouro e Cinza, a feature film where, in a kind of redemption exercise, two women go beyond their limits in order to free themselves of their comfortable, yet suffocating, lives; Pantheras, a documentary film where the response to Coronavirus is an opportunity for reform; and Gaia, an interactive audiovisual experience that acknowledges social and ecological interdependence in an apocalyptic crisis. 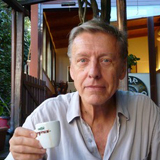 Prima vox, script. Does the study of time reversal protect lovers against the entropy of desire? A physicist and a poet meet at the crossroads of their explorations. Between action and dream, the poet designs a language. In an acoustic mirror, the physicist reverses the time of a wave's course: she imagines a medical use for this discovery, but military interests interfere. Together, they will draw from their beliefs the strength to act and preserve the first instant's unaltered note.

Eternal Return is a visual meditation and examination of contemporary science related to ocean mining and mapping. The film will be set 10,000 years from now, but looking from the future into the past. Looking underwater to the Ocean Basin from a future alien archeology perspective – when humans will be extinct and the landscape will be seen as a body with architecture of oil rigs and mines as the only human artifacts left– Škarnulytė will reconstruct the mythologies and beliefs of the past. 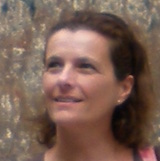 Giuliana Bendelli will carry on her research on Roberto Sanesi’s translation of Shakespeare’s plays with a particular focus on Henry V and Pericles, prince of Tyre. Roberto Sanesi (1930-2001) was a distinguished poet, translator and multifaceted artist. His approach to the process of translating implies the mutation from a written text to a script for theatre. Drawing from the huge amount of material preserved at Pavia University, Bendelli will highlight his essential contribution, working in close collaboration with theatre directors and scene painters, to the final performance. 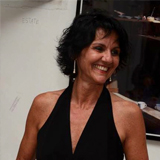 Daniela Fargione will develop an article on Afrofuturistic speculative fiction. When the term “Afrofuturism” was coined, most of the writers were men and stories male-dominated. Today, this subgenre of science fiction is becoming more female-authored. Their narratives interrogate the postcolonial condition by expressing visions of a non-patriarchal society and more just and equitable futures, eventually proving that speculative fiction is a genre bursting with possibilities 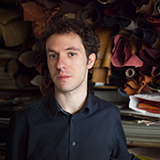 Enrico Piergiacomi will be writing a first book based on Teatrosophy, a philosophical popularization project that since November 2014 has been investigating how ancient philosophers interpreted theater and the art of acting. This preliminary investigation will start from the so-called “Presocratics” and will end with Plato/the first Platonists. In parallel to this research activity, Piergiacomi will also reflect on how to transform the material into some lecture-performances. 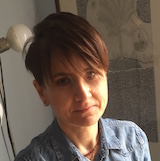 Between the 1930’s and 60s, during the Fascist period through post-WW2 “Reconstruction”, the publisher Mondadori contributed to the shaping of a public taste for American novels in Italy, introducing contemporary US literature to a wide national readership. Cinzia Scarpino will be completing a scholarly monograph, based on new archival research, on the story of American-Italian literary transfer. 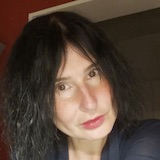 As a novelist and a bilingual poet, Sara Fruner will pack both fiction and poetry for her journey to Bogliasco. She will finish her second novel in Italian and work on a new collection of poems in English, Balloons and Broken Doors. In the volume, the poetic self explores the conflictual relationship with her home country and immigration on a global level, while grappling with universals like pain, hope, love, desire, un/belonging, loss, and the territory you cross as a woman in the 21st century. 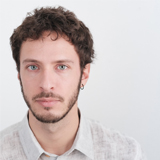 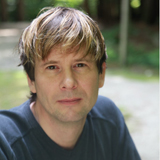 12 Transcendental Etudes weaves together sound collages with physical theater. Performers imitate a maquette of recordings, creating a gestural vocabulary in lock-step with samples. The piece riffs on etudes, piano pieces intended for learners, but sometimes only playable by virtuosi, and looks at listeners’ ability to transcend the technologies—microphones and ubiquitous recordings—that envelop them, while using familiar pop and recorded sources. 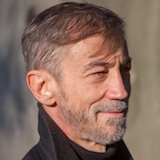 While in Bogliasco, pianist Marco Rapetti will keep working on a multimedia project combining Alexander Scriabin's music and astronomy. He will also do some research on Dr. Aleksandr Zalmanov, the scientist who, right after the 1905 Russian Revolution, inaugurated a Russian bookstore in Nervi and a famous clinic located in the building next to Villa dei Pini. Scriabin was probably still living in Bogliasco when Zalmanov created one of the most important centers for the anti-Czarist Russian intelligentsia. 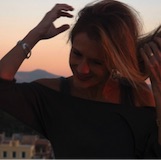 Roberta Vacca will work on Ego Te Absolvo, a musical theater act for an actress, a dancer, a cello, and electronic sound. Based on a text by Cinzia Della Ciana, the piece is inspired by the quarrel between Pope Celestine V and Dante Alighieri on the misunderstanding generated from the verse of the third canto of Dante's Inferno "He, who made through cowardice the great refusal". This project celebrates both Dante's 700th anniversary and the “Perdonanza Celestiniana” (Celestinian Forgiveness), a holy event established in 1294 by Pope Celestine V and held in L'Aquila, Vacca’s hometown.

This project involves the creation of original works based on existing material. The composer was commissioned by the Gluck Festival Nürnberg, Germany, to write two works, both to be performed in 2021. The first of these includes a vocal work for 5 unaccompanied voices based on one of Christoph Willibald Gluck's last compositions, "Der Tod" (Death), which is in turn based on one of the Klopstock Odes. The other work involves a reworking and artistic interpretation of Gluck's "De Profundis".

Project in collaboration with Carolina Touceda

Mosuo Experience is a multidisciplinary artistic project that fuses theater, virtual reality, and transmedia techniques. Using different tools such as social media (Instagram, WhatsApp, etc.), Touceda and Ortin present an interactive world in which one can choose “where” to look and “what” is going to happen, depending on one's choices. Inside this world, they explore themes such as gender-role reversal, celebrities’ abuse of power, suffering consumption and ways to escape from reality. 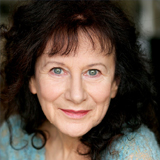 This is the joyful story of five of our elders: "Elders", a term full of deference that modern society is far from honoring. Choosing to laugh rather than cry, we will follow Aline, La Motarde, Marthe, L'Intello, and Casanova, Pieds Nickelés, in their old age, in their incredible and transgressive adventures with regard to the taboo that old age has become. They are 80 years old but have teenage libidos. They decide to run away from Repotel, the retirement home where they are dying... 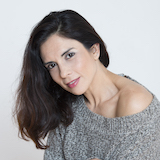 Mosuo Experience is a multidisciplinary artistic project that fuses theater, virtual reality, and transmedia techniques. Using different tools such as social media (Instagram, WhatsApp, etc.), Touceda and Ortin present an interactive world in which one can choose “where” to look and “what” is going to happen, depending on one's choices. Inside this world, they explore themes such as gender-role reversal, celebrities’ abuse of power, suffering consumption and ways to escape from reality.

During her residency, visual artist Luce Delhove will work on engravings, drawings and three-dimensional works inspired by the Villa dei Pini and the surrounding landscape. It is not a question of improvising, but of encounters linked to surprise and discovery, with an objective of realizing her ideas and emotions in three dimensions. 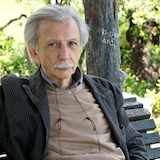 Mario Fallini will develop a project on the Tower of Babel, which is in line with one of his favorite topics: “Language and Writing”. He will use “bricks” decorated with the text of the Old Testament, employing about seventy different alphabets that will symbolize the communication gap between different languages. This work is intended to be a warning in a time when it seems that humans no longer have the ambition to reach heaven through a symbolic construction, but rather to standardize their reality, in which the diversity of individual cultures is weakened by the mechanism of globalization. 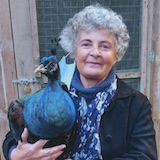 Meri Gorni proposes to immerse herself fully in the Study Center’s natural environment, closely observing and studying the plants and animals that live in the garden. Her detailed studies will result in various drawings and designs that will be collected into an original artist’s book. The book will be an expression of Gorni’s transformational experience exploring, reflecting on, and cohabitating with this specific natural environment and the unique experience of a residency at Bogliasco. 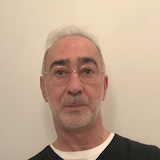 Farhad Ostovani will continue work already begun on a series of paintings inspired by the sonnet collection, La Vita Nuova, by Dante Alighieri. This work is part of the celebration this year, commissioned by the Italian government, of the 700th anniversary of Dante’s death. Ostovani will also be working on a collection of essays called The Blue Notebook. 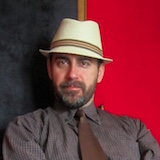 Angelo Sturiale will be working on a new series of mixed-technique drawings based on “One Hundred Soundscapes of Japan” (日本の音風景100選), a list of 100 soundscapes designated by the Ministry of the Environment as part of its efforts to combat noise pollution, protect the environment and promote the rediscovery of the sounds of everyday life in Japan. During his residency, in a 100-page artist book, Angelo will be visually representing the “one hundred soundscapes of Japan” related to natural events and atmospheres, daily actions, musical instruments, animals, vegetation, crafts, local life and wildlife mentioned in the list.