Scriabin: a lecture and performance by Bogliasco Friend LAURENCE BERMAN

To honor the centenary of Alexander Scriabin's death, the Bogliasco Foundation presents a lecture and performance by concert pianist and Professor Emeritus of Music, Laurence Berman.

Visionary mystic and one of the twentieth century’s most innovative and eccentric composers, Alexander Scriabin worked over a period of just twenty years, but his astonishingly varied musical repertoire and highly personal ideas on the human condition and our otherworldly origins continue to resonate. Scriabin spent nearly a year living and working in Bogliasco, Italy – “paradise,” according to his companion Tatyana Schloezer - where he wrote the bulk of his seminal work The Poem of Ecstasy. Scriabin’s visions of divinity, satanism and ecstasy continued to inform his music. He famously saw musical notes as colors, eventually composing a piece that called for a “color piano.” In his later years, he hoped to combine all of the arts and the bodily senses – smell, taste, sight, hearing - in a single, grandiose musical apocalypse, but died at the age of 43 before he could realize his ambitions. Berman’s lecture and performance of nine preludes and etudes take us through the evolution of Scriabin’s personal philosophy and musical thinking: from lush, Chopinesque lyricism towards his final, highly original experiments with atonality. 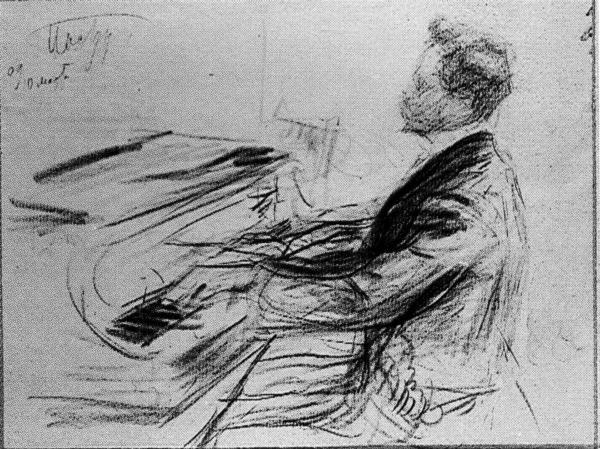