In his lecture, Renaissance scholar Gerard Passannante discussed Leonardo da Vinci’s lifelong fascination with images of natural catastrophe—men and women swept up in hurricanes, cities demolished in a single violent stroke, the earth rendered a mere speck of dust by a sudden shift of scale. Moving from the artist’s instructions on how to paint a deluge (which would capture the imagination of filmmaker Sergei Eisenstein) to his astonishing late sketches of the flood, Passannante considered the philosophical questions that haunted Leonardo as he pictured scenes of destruction. 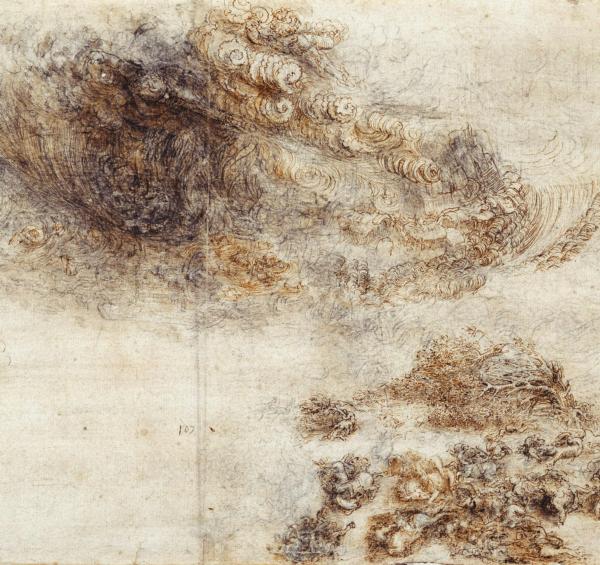